Guest Blog: The history of coffee and a new era. 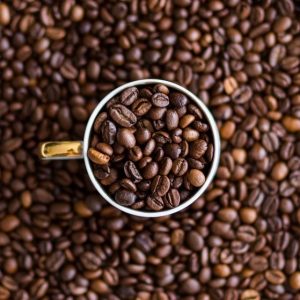 Our guest blog this week comes from Mariners Coffee Merchants’– how coffee circled the Earth.

Like tea, the coffee business has been dominated by big food corporations grabbing market share, then marketing brands while cutting cost and quality. Small firms are now moving in, and by selling direct, consumers are able to buy better coffee at a reasonable price. For some great suppliers try our MarketPlace here.

There’s an awful lot of coffee from …….

Brazil springs to mind as the place on earth where the coffee we drink comes from. It is true that Brazil and Columbia produce the most, but the story of coffee does not start and end there. Our story begins on another continent back in the mists of time.

Coffee and its cultivation originated in Ethiopia many centuries ago. According to legend, a tired young boy called Khaldi was herding goats. He was exhausted, but his goats still had boundless energy – they had been eating the red berries that had ripened in abundance on some nearby bushes. Khaldi tried some of the fruit himself and was at once re-invigorated – he was the first human to experience the caffeine kick. How the chewing of coffee fruit evolved into brewing coffee from the dried and roasted seeds still remains a mystery. The chewing of raw coffee fruit (or “cherries”) is still practised today in parts of Eastern Africa and Yemen.

Some time after Khaldi, coffee became highly prized. The effects of caffeine helped monks and viziers to stay alert during their long working hours. Around nine hundred years ago coffee farms became established in Yemen, across the mouth of the Red Sea from Africa. It is from here that the rest of the world took its coffee – even the farms in Kenya and Ethiopia would be planted with Yemeni strains in the 19th Century. The Yemeni port of Mocha was the principal trading place for coffee from the 15th to the 19th Century and gave its name to the varietal exported from there that has a distinctive, natural taste of chocolate. The practice of adding chocolate to coffee to create a mock Mocha is a modern Western invention to reduce cost.

Jesuit missionaries travelling in Arabia in the 15th Century were among the first Europeans to taste coffee. Dutch merchant adventurers stole seedlings from Yemen and transplanted them to their new colonies in Java in the early years of the 17th Century. Around the same time, a Muslim pilgrim from India called Baba Budan smuggled seeds home in the folds of his clothes – thus establishing India’s coffee industry long before European dominance of the sub-continent.

Javanese coffee was being sold across Europe by Dutch traders by the 1690s. King Louis XIV of France zealously guarded the Java coffee plant he had received as a diplomatic gift. When asked by Gabriel Mathieu de Clieu for a cutting to take back to Martinique the King refused. Undeterred, de Clieu broke into the Royal Botanic Garden and stole a cutting. After an epic voyage escaping pirates and nearly dying of thirst – de Clieu gave his water ration to the seedling – coffee had crossed the Atlantic to the Americas. The French colonies in the Caribbean soon began planting coffee and exporting beans to Europe, giving rise to the Bourbon varietal.

Coffee transferred to the Latin American mainland during the early decades of the 18th Century. Each transplanting created further mutations. An act of espionage brought coffee from French Guiana to Brazil. The dashing Lt. Col. Francisco de Melo Palheta was despatched to seduce the French governor’s wife. He returned with a bouquet of flowers – and coffee seedlings – to establish the largest coffee farming industry in the world.

After two centuries of smuggling, piracy and slavery, coffee had circumnavigated the globe and had become a major international industry. Coffee is now the second most globally traded commodity after oil. Coffee is still grown in Yemen, but the industry there is hardly noticeable. Coffee is grown in a tropical belt on three continents; each country and region produces distinctive varietals with their own unique characteristics.