Guest Blog: The full story about swill for pigs. 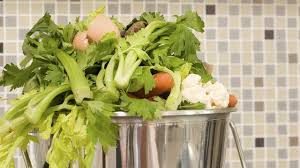 The Problem With the Pig Idea Blog by Alastair Butler

On Thursday 21 November a group of chefs from high-profile restaurants prepared a free public feast as part of a campaign to encourage the EU to lift its ban on feeding catering waste to pigs.

‘The Pig Idea’ was started by food waste campaigner Tristram Stuart and Wahaca founder Thomasina Miers, both of whom I have a huge amount of respect for. However I have joined the debate as there are some issues in their argument which I feel need addressing on behalf of BPEX and the pig farming industry.
Firstly, it is important to establish that we think The Pig Idea is a very well-intentioned campaign. Any initiative that puts pork on the national agenda is great. I went to the event and to see people in one place enjoying this home-grown meat truly was a wonderful sight. 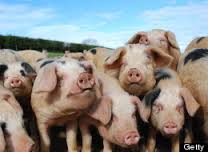 We also have a lot of common ground in terms of food waste and any initiative that reduces the levels we see in the UK is certainly welcomed. In fact, we already play a significant role in this by feeding pigs more than one million tonnes a year of manufacturing product from the human food chain that would otherwise have gone to waste.

However, where we part ways with The Pig Idea is in relation to swill feeding and their campaign to reintroduce this. My family have been farming pigs for over 35 years and saw first-hand the damage swill feeding caused to the UK’s farming industry in 2001 with the foot and mouth outbreak. £8 billion was wiped off the economy, 6.5 million animals slaughtered and 10,000 farms had their livestock culled – not to mention the number of farmers who committed suicide such was the level of destruction to their livelihood.

In our opinion, The Pig Idea doesn’t go far enough to explain the complexities surrounding the proposed re-introduction of swill feeding of pigs. We have serious concerns about the encouragement from a number of high profile individuals supporting the campaign and stating that famers ‘would be mad not to’ introduce this practice.

Swill feeding involves the use of food waste gathered from catering sources to feed pigs. While we support the movement to reduce food waste, taking this waste and feeding it to pigs is a much more complex process than what is currently being portrayed. 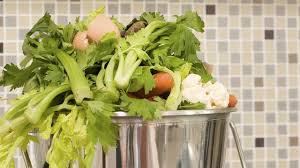 There is a complicated chain of steps that need to take place to gather food waste and treat it to make it safe for pigs to eat. It only takes one person who doesn’t adhere to the rules or takes a shortcut to devastate the UK farming industry once again.

Swill feeding needs a set of very strict controls and the standards are very difficult to maintain. It was the mismanagement of this process that caused the foot and mouth outbreak in 2001 – something which I know every pig farmer in the UK wants to avoid at all costs. It may sound dramatic but it’s the view of the industry.

The Pig Idea campaigners say the move to re-introduce swill feeding would conserve food supplies, cut waste and farming costs and protect the environment.
Currently, 43% of food that is currently fed to pigs is made up of waste food from the manufacturing industry. This includes products like apple pulp from cider factories or grain from breweries. This supply chain is much easier to control and this is why it is legally permissible. There is still close to 60% of manufacturing waste which could be legally diverted to pig feed so we should be aiming to maximise this opportunity first and foremost. Catering waste is a different thing altogether as it is nearly impossible to separate different food types and avoid contamination in restaurant kitchens.

The Pig Idea says swill feeding has been in practice prior to 2001 for decades. They are not wrong, however many years ago we as a nation were a lot more self-sufficient. Nowadays we import a lot of pork from overseas which could be contaminated with various notifiable diseases that have been eradicated from the British pig herd – if any of these were to be reintroduced into the porcine food chain then it could have catastrophic effects. 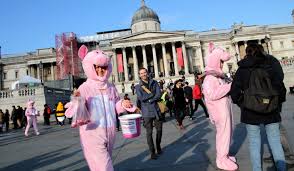 In terms of deforestation in the Amazon rainforest, many commercial pig farmers will operate under a responsible sourcing scheme where soya is sourced from Argentina and North America. It should be noted that over the past ten years pig farmers have reduced the quantity of soya in their pig diets by 50% and introduced domestically grown vegetable proteins such as green beans, peas and legumes – so I dismiss The Pig Idea’s claim that the law regarding feeding pigs swill is responsible for destroying Amazon rainforests.

Many people have asked me what I think we should do with catering food waste if not feed it to pigs and it’s a great question. Catering food waste currently can be sent to anaerobic digestion – a sustainable form of energy with over 100 plants already up and running across the country. If we put all our food waste into anaerobic digestion, 600,000 homes could be powered. With the cost of energy spiraling out of control the more we invest in alternative, sustainable forms of energy the better. 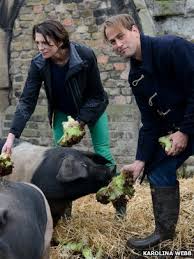 For these reasons, and for hearing all the personal stories from farmers who lost everything in 2001, I believe the risk of swill feeding is just too great and far outweighs any perceived benefit. The majority of pig farmers I am in touch with, representing a huge proportion of the industry, are against the reintroduction of swill feeding because of the very real threat it poses to their animals and livelihood.

While I would like to congratulate Tristram for putting pork on the national stage and stimulating a healthy debate about reducing food waste, the issue of reintroducing swill feeding remains firmly in the ‘too risky’ category for me and, I suspect, the majority of the pig industry.

BigBarn would also like to give massive congratulations to Tristram and the Pig idea team for raising awareness to pigs, their welfare and the huge amount of waste in the anti-social, national, food industry. We need to get local and more knowledgable, and all work to reduce waste. Especially when a massive 50% of food waste is from households!