Should there be a tax on meat? 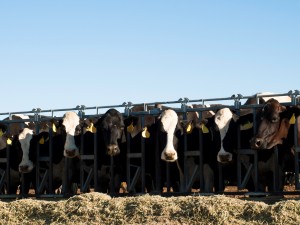 If government subsidises green energy and taxes alcohol and tobacco meat could get the same intervention.

Meat production produces 15% of all greenhouse gases, more than all cars, trains, planes and ships combined.

New analysis says this could be reduced through taxes, increasing vegetarian food in schools, hospitals and the armed forces and cutting subsidies to livestock farmers, all supported by public information campaigns. 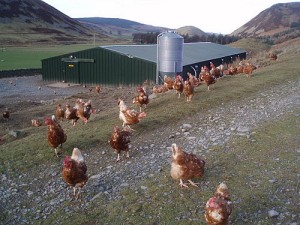 The research involved surveys and focus groups in 12 countries and found that even measures restricting peoples’ behaviour could be accepted if seen as in the public interest, like smoking bans.

Apparently governments are ignoring what should be a hugely appealing, win-win policy due to meat being too politically sensitive and too difficult to implement.

Just like our blog about taxing sugar, meat consumption is already well above healthy levels in developed nations and growing fast in other countries. To get to healthy levels, US citizens would need to cut the meat they eat by two-thirds, those in the UK by a half and those in China by a third.

If the world’s population cuts to healthy levels of meat consumption – about 70g per day – it would reduce carbon emissions by an amount equivalent to annual output of the US, the world’s second biggest polluter.

Clare Oxborrow, a campaigner at Friends of the Earth, said: “Meat consumption can no longer be ignored in the climate debate – shifting diets to less meat and more plant proteins will be crucial. The government must stop using consumer backlash as an excuse for inaction”.

Previous studies have calculated that, on current trends, agricultural emissions will take up the entire world’s carbon budget by 2050, meaning every other sector, including energy, industry and transport, would have to be zero carbon, a scenario described as “impossible”.

Meat production produces greenhouse gases via the methane emitted by livestock, the cutting down of forests for pasture, the production of fertiliser for feed crops and the energy and transport used by farmers. Beef is responsible for far higher emissions than chicken or pork.

Like all the food industry demand for cheap food has meant that meat production has evolved from traditional mixed farming to monoculture and feedlots using vast amounts of grain to feed millions of animals.

In my opinion there should be a tax on intensive meat but not organic or naturally fed. Animals like cattle, sheep, pigs and goats are needed in mixed traditional, or organic, farming. We need any tax to make this kind of farming more viable.

To find your local mixed farm to buy real meat try our local food map. And for more on the healthy properties of grass fed beef click here.