Can a local food community make us vegetarians? 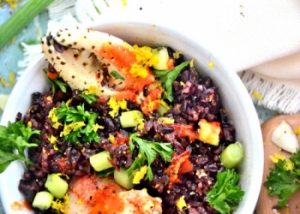 BigBarn is all about reconnecting people with where their food comes. This means cutting out the middle men to give both consumer and producer a better deal. This also means people realising where their meat comes from. Can this knowledge of the killing and cutting turn people off meat? And perhaps even make them vegetarians?

When it comes to meat there is no doubt that what many people do is very different to what they believe. A famous food marketeer called it wilfull ignorance (previous blog & video here) which sounds rather harsh but, unfortunately very true. Even I have bought foreign, cheap, bacon when I knew the pigs had lived in appalling conditions. Never again!

When you walk round a supermarket with a mission to feed the family on a budget ethics tend to get forgotten.

So what changes in a local food community? BigBarn is helping build a really local food community where, we hope, everyone is growing and trading food. More here with video. We hope the local farmers get involved and the school becomes one of the biggest growers and users. We see the school as key to success, both short term and long term. The enthusiasm of the children and teachers can become a huge influence and catalyst for change. A study for instance showed that suburbs with a high percentage of families where recycling much more than suburbs households without children.

We hope our village project will completely change the way people in the community think about food and meat.

For example: A typical community fete, or celebration, may have a hog roast. If reconnection is complete most of the community, especially the children, will want to know where the pig was sourced and how it had been reared. And once the idea has been thought through, probably decide not to kill the pig. This thought process may result in many people giving up meat altogether, especially when they realise who much money they will save!

Could this be fantastic news and save the world? Current forecast predict that by 2050, on present trends, the world’s meat producing livestock will consume enough to feed four billion people!