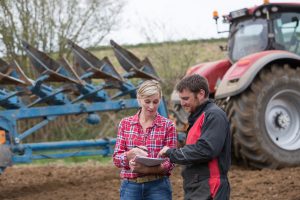 Intensive farming and farmers are being blamed for the loss in wildlife which is totally unfair. Farmers live on their land and do not want to kill themselves or wildlife. Farming is highly regulated and like many other UK businesses have to react to market conditions. Many have found it very difficult to make money over the last 20 years, even with EU subsidies, and have gone bust or sold up.

Especially in the Milk industry.

EU Policy has paid all EEC farmers to produce food as efficiently as possible but at the same time banned certain practices, like burning stubble, and the use of many chemicals judged to harm consumers and wildlife. 99% of UK farmers have followed the regulations to be able to claim the subsidy.

This has led to protecting wildlife, plenty of cheap food and a huge variety compared to the 60s and 70s when nearly all sausages were made by Walls, beer by Watneys and chocolate by Cadbury.

On the negative side our UK farmers have been subsidised to focus on growing food commodities traded on world markets.  This means they effectively compete with farmers in other countries, often within the EU with cheaper land, and labour and less regulation.

This focus on growing commodities, and getting bigger to achieve economies of scale, has separated farmers from consumers and allowed the supermarkets and middle men to control the food market.  We now have the dreadful statistics that UK farmers, on average, only get 9p in every £1 spent on food in a supermarket, milk is cheaper than water in some shops and many kids don’t realise that milk comes from cows.

Brexit gives us the chance to fix the food industry. To educate consumers to make better choices and prefer food from local, or UK farms, than imports. For farmers to reconnect with UK consumers and grow food without harming wildlife. This will be popular with farmers and take time, subsidies, and regulation, but must be done.