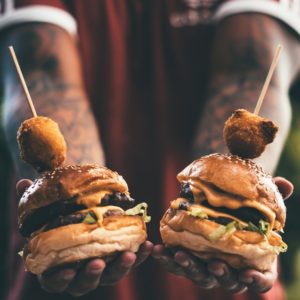 Many people say we should feel guilty about eating meat when Globally, on present trends, by 2050 the world’s livestock will consume enough grain to feed four billion people!

Even in the UK over half of all grain consumed in 2018/19 was fed to animals to produce meat, eggs and dairy.

If humans ate the grain instead of animals could the UK become self sufficient after Brexit?

Or, should we look at the bigger picture, and feel guilt-free when eating sustainable meat from local farms or butchers? Meat from animals fed on pasture that is regenerating soils on mixed farms, or grazed on land that cannot grow crops? Blog and videos on this here.

In 2018/19 the UK produced 21 million(m) tonnes of grain, imported 5m and exported 1.5m. Roughly 10m tonnes were eaten by humans and used in industry and an amazing 13m fed to animals. Data source from AHDB here 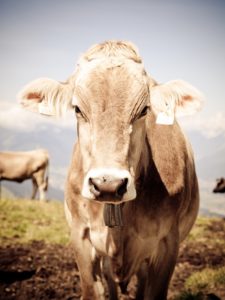 It is no surprise that these statistics have influenced many people to become vegetarian or vegan and some universities have even banned beef due to the conversion ratio of 7kg of grain to produce 1kg of beef (chicken 1.5kg grain to 1kg meat).

We thought it was ignorant and irresponsible for a place of learning like a university to ban beef instead of provide information to influence students to make the right buying choices. More here

Unfortunately the majority of people do not know, or are even interested in these facts and have not adjusted their food buying preferences. 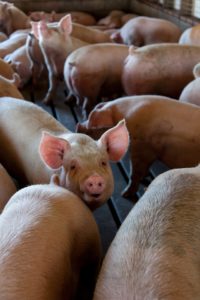 Or is this a sign of the times with the EU’s ‘cheap food’ agricultural policy and where governments think short term to try and gain the votes of our selfish, society?

Or is it the marketeers and supermarkets? 73% of the 60 popular high street supermarkets & food chains surveyed by Farms Not Factories sell pork from factory farms. The vast majority of these don’t even offer a single high welfare alternative. A series of videos are being released over the next 2 months showing how shoppers are horrified to discover that high street chains are still supporting factory farms. More here

I seems obvious that we must cut meat and sugar consumption to feed the world, and reduce the £20billion NHS spend on food related disease.

Following the success of Sugar tax we see the solution is to stop subsidising and instead, tax, intensive grain-fed meat and dairy production. This income should be spent on informing and educating the next generation about food growing, cooking and nutrition.

It is amazing how plastic has changed people’s attitude and we believe an enlightened society will be happy to cut consumption of intensive, grain fed, meat and opt for sustainable reared meat from local farms or butchers.