Bread – it’s an absolutely brilliant foodstuff. Unbelievably tasty with a whole multitude of toppings, it’s great for dipping, toasting, covering with spreads – there’s not much this staple can’t do. Plus, if you don’t like one type, then you’re bound to find something which tickles your fancy; with options from rye to a soft white or a country grain. Bread is a representative window into the culture of an area with every country having it’s own unique styles.

Our food week needs some stats to back up our lofty claims though, so did you know:
– Sandwiches account for 50% of bread consumption
– Bread remains one of the UK’s favourite foods, with nearly 12 million loaves sold per day.
– 44% of men eat bread twice a day compared with 25% of women.
– White bread accounts for 76% of the bread sold in the UK.
– Large bakeries, which produce wrapped and sliced bread, account for 80% of UK bread production.
– In store bakeries produce about 17% of bread
– Otto Frederick Rohwedder invented the first slice-and-wrap bread machine in 1928. By 1933 80% of all bread sold in the US was sliced and wrapped and the phrase ‘the best thing since sliced bread’ was coined.
– Over 200 different kinds of bread are produced in the UK – from butter rich brioche and crisp baguettes to farmhouse loaves and focaccia. 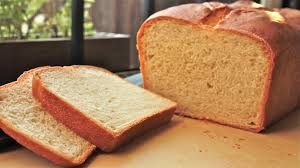 In recent years, bread consumption has dropped. We think that’s probably because modern, mass-produced breads use the Chorleywood method in making. This forces the bread to be produced as fast as possible and why many people have developed intolerance to gluten and bread.

Unfortunately, this is symptomatic of a profit focused food industry; cutting costs by ‘streamlining’ and making ‘efficiency savings’, which is code for speeding up processes and using additives and cheap ingredients. Traditional bread makers give the break longer proving times to allow the yeast to break down some of the carbohydrates in the flour, making the bread much more digestible. This is why, after eating a modern bread sandwich, many people feel very tired and some are diagnosed as gluten intolerant, when they may not be.

The great news is that bread is very easy, and cheap, to make and there are plenty of recipes or even videos to watch on how to bake bread. You can buy the most important ingredient, flour, in our MarketPlace or enrol on a bread making course.

You could even make a video yourself and add it to our KIS (keep it Simple) Cookery video section to share your recipe with thousands.

We’ll end with a pun though – Why did the loaf of bread get upset? It’s plans kept going a rye!