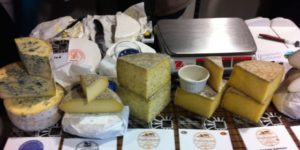 We know that local milkmen have been growing in popularity again in recent years – first because of the plastic problem which the supermarket milk makes worse and because in recent times contactless deliveries of fresh goods have surged in popularity. One of the hidden benefits of this is that our local milk producers may well earn more from doorstep deliveries than the supermarkets, helping give producers a fair price for what they make! The next step is supporting British cheese to help give our dairy industry more widely a vital boost!

You’ve probably noticed that there are a huge variety of cheese, over 2000 world wide, and we’re lucky to have over 700 beautiful British cheeses to choose from. It won’t come as a huge surprise to many people that Britain’s favourite cheese is still Cheddar! It’s worth making sure that we don’t overlook soft goat’s cheeses and the harder sheep’s cheeses when we want something a little bit different. You can get delightful concoctions mixed up with herbs, spice or fruits, so there’s really something produced near you which will suit your taste.

A lot of the hidden cheesy gems are tucked away in local farm shops and cheesemongers across the country, so when you are next on holiday pop in and get yourself something special from your holiday destination.

Nothing makes a Big Barn week quite as special as our unique facts, so here are 13 surprising cheese-themed facts:

1. Cheese often is made from cows milk, but you can have variants from sheep milk, goat milk, buffalo milk, horse milk and even camel milk! Cheese made from Moose milk is successfully made on a farm in Sweden, despite the short lactation period of the Moose.

5. The majority of Shropshire Blue actually originates in Leicestershire and Nottinghamshire. 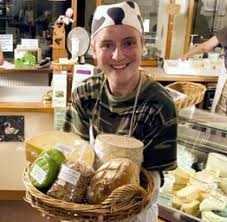 To buy a selection of delicious cheeses direct from the producer, visit the BigBarn Marketplace, or to discover tiny producers who may be churning unusual varieties in a village near you, search our local food map here. If you’re feeling particularly confident you could even try making your own cheese using a cheesemakers kit.