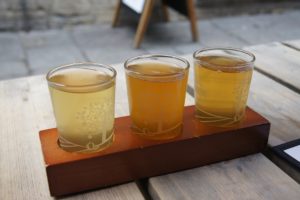 With some absolutely glorious weather so far this year, we know a lot of you out there will have enjoyed a cider… or three these last few months! No matter whether you like yours cloudy or clear, sweet or dry, there has been plenty of opportunities to enjoy a cider of choice! One thing we’re really delighted to see is that it’s getting easier and easier to find a local cider almost everywhere now. It’s so much more of an experience picking up a bottle from a local brewery shop, or getting a variety of local options delivered to your door instead of relying on mass produced options from the supermarket.

Britain’s cider makers are on hand, from the big brewers to the small artisan, to offer something to suit all tastes and many still have their own orchards. This is amazing because you can trace each bottle all the way back to the tree where the apples were picked. Take a look at the National Cider Maker’s Association website to find out a bit more.

On www.bigbarn.co.uk you’ll find a whole host of producers and retailers selling the real deal, ‘made from whole apple juice’. There’s no concentrate here, in our marketplace or search for a producer closer to home on the local food map

Here at Big Barn we’d love to see community owned orchards, with the option for own  apple press to make juice and cider. Every household could grow apples and get together for the big ‘press’ in the autumn and celebration of each year’s crop. This would be a wonderful extension of forest schools for primary aged children. In more normal times it’s also a wonderful opportinity to tackle social isolation and a great opportunity for information and knowledge to be passed from one generation to the next. 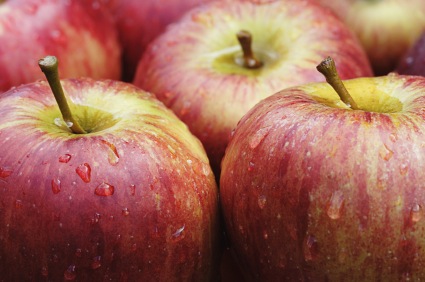 Here are some quite surprising cider facts:

That’s why we think cider is brilliant and that’s why we’re celebrating it this week!