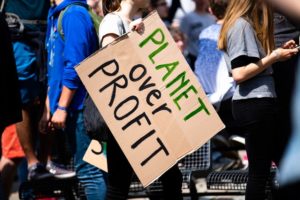 As Brexit looms the government are arguing over a trade deal with the USA. In particular foods that are produced at much lower standards than the UK and lower than EU rules that are less stringent than the UK.

The government must say NO to these foods and here are the 5 main reasons why:

1. Illegal: Common sense says that if a food is illegal to produce in the UK then that food should also be illegal? (chlorinated chicken, Ractopamine injected pork, intensive beef) 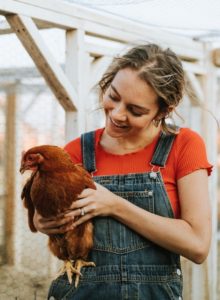 How many chicken get to their second birthday?

2. Protect our producers: These imported foods will be cheaper than similar foods produced to higher standards by UK businesses and farmers. It is worth noting that many of these low grade foods are produced by big, profit focused, businesses, not farmers who care about their land and long term future.

3. Our health: Food related disease accounts for 20% of NHS spend. Meat is a major contributor to heart disease. Cheap meat will increase consumption and imported meat with anti-biotic residues, Ractopamine and other nasties could increase Food disease even further. We should be cutting down on meat not making it a cheap source of calories.

4. Consumers don’t want it: When people understand the full story of cheap meat including health, animal welfare and the environment they actually want the government to ban it and shops to reject it. Please watch the video below for proof. A recent survey by Which? found that 94% of consumers want food standards to be upheld in any future trade deal. 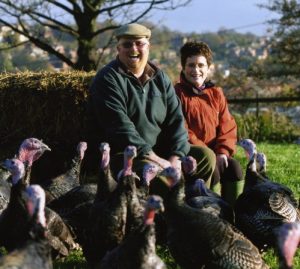 5. The environment: Cheap imports will mean more intensive and factory ‘farming’ in the UK. (many would argue that intensive meat production is more like an industrial processes in huge sheds than farms). These practices degrade our soils and cause pollution to our waterways compared to traditional mixed farms that regenerate our soils and produce wholesome foods.

At BigBarn we have been trying to fix the food industry for 20 years by encouraging local food trade and communication. Direct trade to cut out the middlemen and retailers to give consumers and producers a better deal. And communication to help consumers become more knowledgable about food & farming. We have always said that supermarkets and the government have great power and should use it to make changes for the sake of our health, economy and environment.

To help put pressure on them please write scroll down in this article to find your MP to press them to ignore the party whip and vote according to their constituents’ wishes. To listen to the pleas from 30 unions and NGOs, other MPs and Lords, all demanding amendments to the Agriculture Bill to ban the import of food produced below UK food standards. Please also sign this petition