Are the NHS inadvertently spending £40m on poisoning our kids? 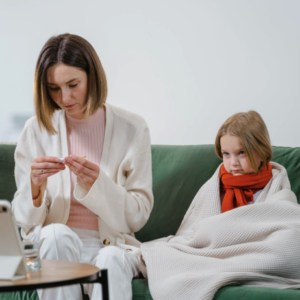 News that European fruit with traces of most toxic pesticides is ‘up 53% in nine years’ is extremely worrying when 40% of our fruit & veg is imported Guardian article here. And for the NHS funded Free Fruit & Veg for Schools Scheme, 60-70% of the produce is imported. Blog here.

Does this mean the NHS are inadvertently spending £40m on poisoning our kids?

A great, perhaps life saving, reason to buy British, local, or grow your own!

Guardian Article excerpt:
A third of apples and half of all blackberries surveyed had residues of the most toxic categories of pesticides, some of which have been linked to illnesses including cancer, heart disease and birth deformities.

In all, the analysis of nearly 100,000 popular homegrown fruit samples in Europe found a 53% rise in contamination by the most hazardous pesticides, over nine years. The study was conducted by Pesticide Action Network (PAN) Europe.

The survey did not include British produce but the UK imports over 3.2m tonnes of fresh fruits and vegetables from the EU each year, meeting about 40% of internal demand, according to the CBI. 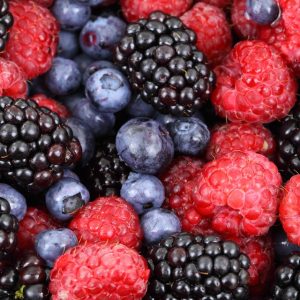 “What is the point of eating healthy if the healthy fruits and vegetables are sprayed with toxins?” she asked.

PAN Europe spokeswoman Salomé Roynel said: “Consumers are now in an awful position, told to eat fresh fruit, much of which is contaminated with the most toxic pesticide residues linked to serious health impacts. It is clear to us that governments have no intention of banning these pesticides, whatever the law says. They are too afraid of the farming lobby, which depends on powerful chemicals and a broken agricultural model.”

This is really serious news. Luckily the UK has much higher regulations than the EU and the rest of the world with many pesticides banned over the last 20 years. We also have many organic producers and even fruit we can forage like blackberries. So why do the NHS allow such a huge percentage of the Free Fruit & veg scheme produce to come from abroad? 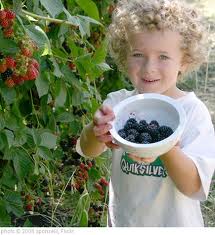 I love food I have grown

What is very clear to us at BigBarn is that we consumers need to change our attitude to food and reject foreign fruit and veg when there is nearly always a UK grown alternative. This could be done by spending the NHS £40m on a veg patch, or orchard, for every school. Lots of happy healthy kids and no pesticides, plastic or waste. £40m works out at around £1500 per school.

We must also support local growers to encourage them to grow food instead of commodities (local food map here) and GROW OUR OWN! Especially in schools.

Last week I planted an asparagus bed in a local school’s veg patch and yesterday we built a strawberry & bean tower with the kids. Please watch the videos here, every school should have these and much more. Please help your school do the same by checking the videos on how to overcome the many barriers schools face to getting food growing at their core. More here

This is all part of our mission to build sustainable, inclusive, healthy communities around food. More here.

We must help the next generation make better food buying and healthy cooking choices and get all our children to influence their parents and friends!