Crowned Supreme Champion at the World Cheese Awards 2017, Kern is a hard farmhouse cheese with a rich buttery taste and caramel notes, similar in style to a French Comte.
Originally derived from a Gouda style cheese, Lynher make it with the superbly rich Cornish milk from our own herd of Ayrshires, adding nutty Alpine starter cultures to create a close texture.

Pressure is applied slowly after which they float the cheese in a briny bath for two days.
After painting on its handsome breathable black wax coating, they leave it to mature for sixteen to eighteen months.

As a World Cheese Supreme Champion, Kern (which means ’round’ in Cornish) has received global attention and praise. 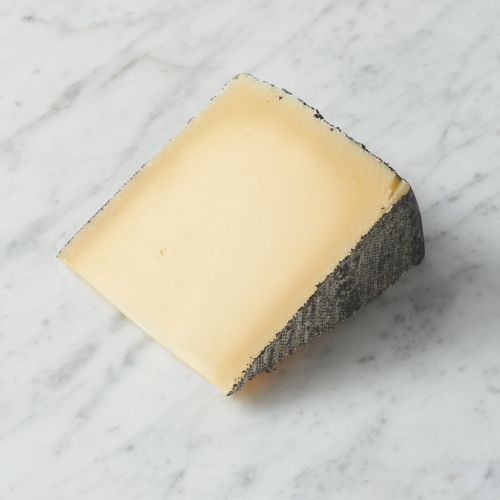