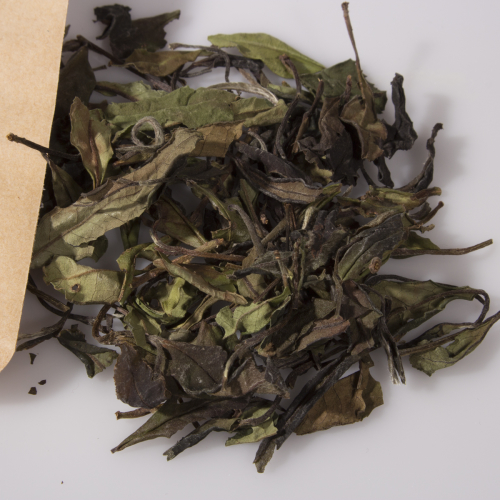 White tea, a kind of micro-fermented tea, is one of the six major teas created by Chinese tea farmers. To be specific, in the process of production, white tea is only dealt with drying or simmering by slow-fire without being rubbed or fixed after picking leaves.
The main places of origin are Fujian province and Yunnan province. Among these places, zhenghe 政和 district always have an excellent reputation of good white tea’s quality. This is because its history in zhenghe district is ancient, which can be traced back to Late Tang dynasty and early Song dynasty and zhenghe have already became a one of significant regions of white tea production in Song dynasty.
Our white tea is chosen from zhenghe 政和 district. The Tea Trees are nearly one hundred years old, and they grow widely. So the Tea is organic and you could find small holes on the leaves because we don’t use pesticide, the bugs eat tea.
This Tea, is purely dried by the Sunlight, you should be able to taste the flavour of nature. It is light、sweet and refreshing. If you want to start your Chinese Tea Journey, I strongly recommend this White Tea to start with ~