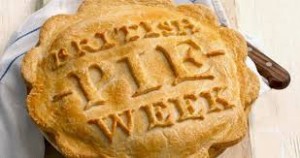 While the weather has taken a cold turn, warm yourself up with our food of the week – it’s Pie Week at Big Barn!

In Britain we love them! Whether it’s stuffed with meat, vegetables or a sweet treat, we have an insatiable desire for these delicious homemade or locally sourced treats and now new year resolutions are starting to feel like a distant memory, now’s the time to tuck into some fantastic British pies.

One of the best things about pies are the amount of ways they come. Sweet pie, chicken pie, beef and ale pie, fish pie, cottage pie, the hand held pie, vegetable pie, pork pie, creamy based, gravy based, tomato based or sweet based. There is a pie for everyone.

2. The oldest known pie recipe was for a rye-crusted goat’s cheese and honey pie in Rome 2,000 years ago. 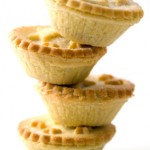 3. Pies first appeared in Britain in the 12th century, usually spelt ‘pye’ and containing meat. Fruit pies did not appear until the 16th century.

4. The crust of the pie was then most commonly known as a ‘coffyn of paste’. The base was a rectangular box of pastry.

5. The descriptive words most likely to precede ‘pie’ are ‘apple’, ‘American’, ‘mince’, and ‘humble’, with ‘pumpkin’ and ‘meat’ sharing fifth place.

6. Australia eats the most amount of pie per capita. Which gives you another good reason to head down under for a holiday. 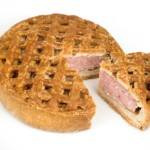 BigBarn is also brimming over with fantastic pie producers and brilliant delis and farm shops making their own. Take a look at the marketplace to track down fantastic suppliers who you can order from online, or search the local food map for a list of wonderful producers and retailers near you

Or, if you like making your own pies, then search www.bigbarn.co.uk to discover fantastic places to source the best quality meat and vegetables for your own perfect pastries. If you have a favourite pie recipe, or any other recipe, and would like the chance to win a prize, please video your recipe and add it to KIS (Keep it Simple) Cookery. Please have a look at existing videos here and try and keep your video less than 2 minutes long.