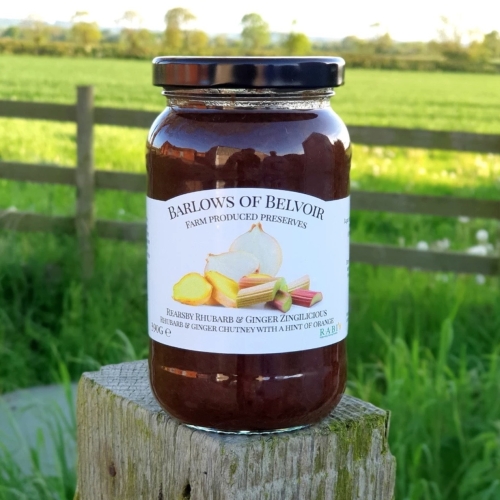 The history of Rearsby begins around the 9th century when incoming Danes established it. The village remained pretty much an enclosed farming community until the end of the 18th century when Enclosure Acts meant that living off the land was no longer an option for some.

By the 19th century, cottage industry eased the plight of some dispossessed peasants as framework knitting took off, although Rearsby reverted to a small agricultural village once the work transferred to factories across Leicestershire.

Rearsby is close to Charnwood Forest, an area with a distinctive landscape that extends across Leicestershire. Its Precambrian rocks, of volcanic origin, and craggy hilltops are unlike other landscapes in the East Midlands. Acid soils make it unsuitable for agriculture but ideal for biodiversity - woodland, grassland, wetland and fast flowing streams provide a rich wildlife habitat. So, we named our Rhubarb & Ginger chutney after Rearsby just so we could let you know a bit more about the Vale of Belvoir, its ancient villages, and the extraordinary landscape of Charnwood Forest!